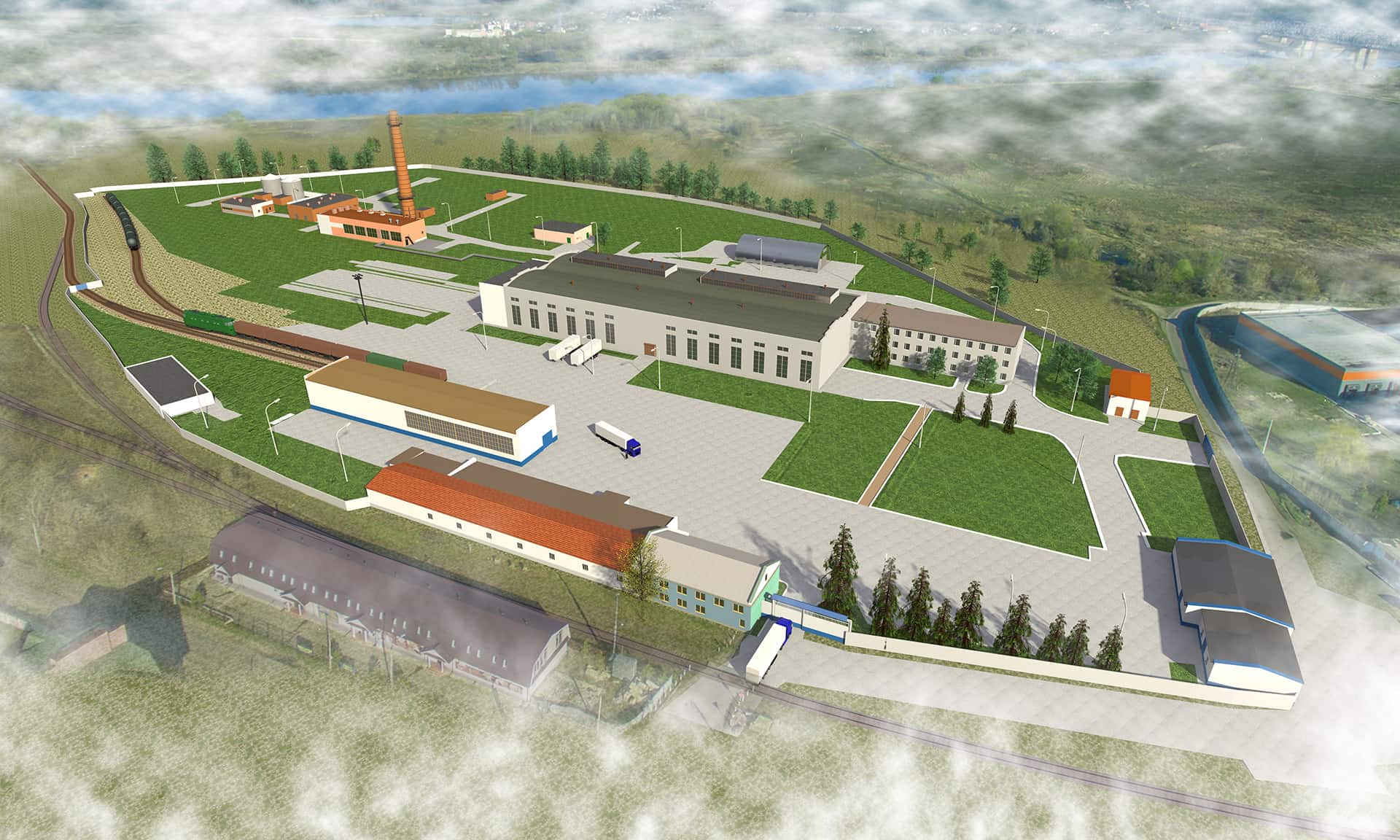 Cascade Industrial Park is a separate industrial complex, located in the Moscow Region within the city limits of Kashira, which has a full-fledged manufacturing infrastructure, fully supplied with energy resources, facilities and utilities, designed to accommodate modern manufacturing enterprises. 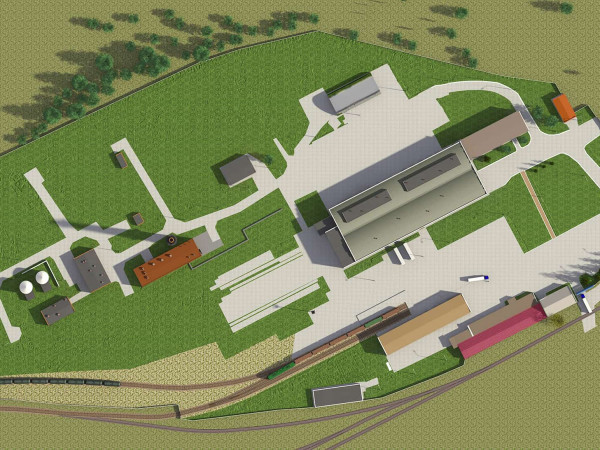 Own transformer substation currently provides for electric power consumption of 2 MW (currently there is a technical possibility to increase the capacity up to 10 MW, with a provision of electric power supply under existing energy service agreements).

Natural gas is supplied via high-pressure (Р≥6kPa) 108 mm gas pipeline, which provides for monthly gas consumption during heating season in the amount of 56,000 m³ (limits on gas consumption shall be subject to additional coordination; there are no restrictions on increase of the natural gas consumption).

Heat supply of industrial premises and administrative buildings is carried out by their own gas industrial boiler house equipped with three hot water gas boilers with a total capacity of 2,400 kW.

The water is supplied through the central municipal water works (the manufacturing needs shall be fully covered); the sewage is connected to the central city sewage system.

The storm wastewater collection and treatment system is equipped with treatment plants and connected to the central city sewage system.

Three branches of the non-public railway track are located on the territory and have a total length of 608.4 m.

Receipt, dispatch and safe storage of goods arriving by rail at: 142900, Moscow Region, Kashira, Yamskoy lane, 81; all carried out via its own non-public railway tracks that may simultaneously receive up to twenty-twenty-five (20 – 25) units of railway rolling stock (all types of rolling stock) according to the following railway requisites: station of destination: Kashira-tovarnaya, Moscow railway, Station Code 191903, Consignee Code (TGNL) 4451. 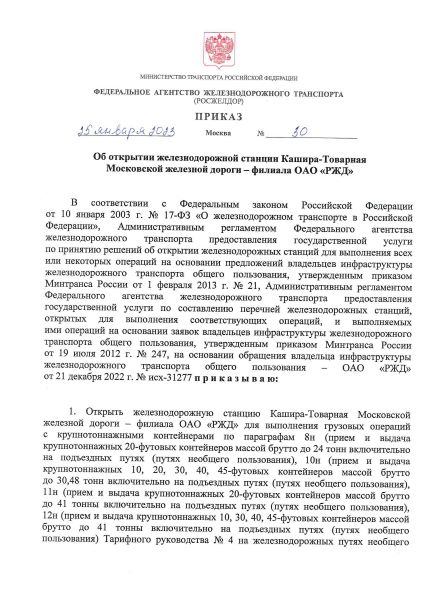